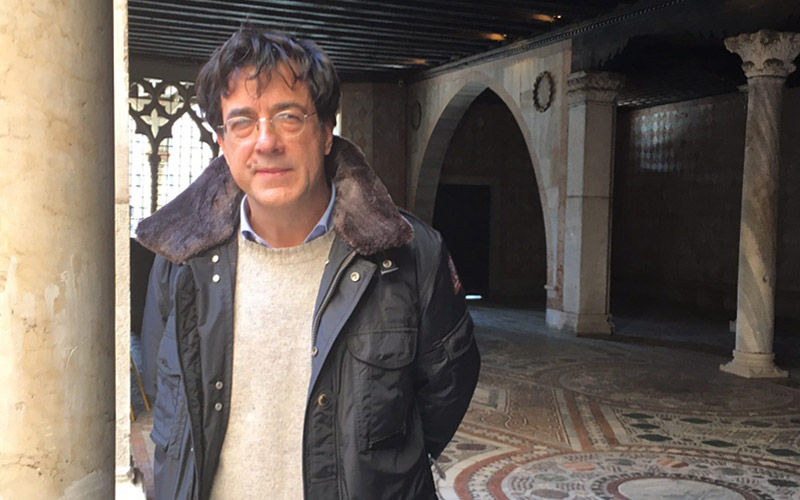 Short interview with Director of the Polo museale del Veneto

1.What is the reason behind an exhibition project like ‘Serenissime Trame’ at Ca’ d’Oro?

DF: This exhibition, held by the Polo museale del Veneto and the Fondazione Tassara of Brescia, organised by Civita Tre Venezie and curated by Claudia Cremonini, director of Ca’ d’Oro, Giovanni Valagussa and Moshe Tabibnia, has a title that leads directly to the central theme: the perception, symbolic meaning and function of Oriental carpets, re-presented, through the Zaleski and Franchetti collections, in relation to the arts and social codes of the Renaissance age, only apparently far from the current one.

2.Why the comparison between a selection of ancient carpets and some rare Italian Renaissance paintings?

DF:  The designers and weavers of these works evoke a succession and an infinite order by that definition of forms that comes into contrast with the limits of the object’s compositional space, determining the entirety and size of the decorative motifs: such margins define an aesthetic conception, based also on numerous combinations of forms and colours. This is artistic research that implies a religious meaning: inter-religious, if considering the use of carpets in the Islamic world and in Christian images (as shown in the paintings exhibited), and in other traditions.

3.What did fifteenth- and sixteenth-century carpets represent in the Venice of those centuries?

DF:  They were a status symbol, suspended between the private and public dimension, and from this point of view Venice is exemplary: one thinks of the Portrait of Doge Leonardo Loredan with his four sons by Giovanni Bellini of 1507 (now in the Gemaldegalerie in Berlin), in which the symmetries of a Persian carpet suggest the order wished for by the doge for his family and the republic. Serenissime trame (Most Serene Weaves), precisely, also because they suggest a heavenly harmony. As documented by the city views, the carpets were displayed at the windows or on the balconies of the noble palazzi, for public events and celebrations: from internal to external. Just like the progression of the carpets’ designs, entire in the central bands and cut by the composition, in any case suggesting a direction, an infinite succession.

DF: The gaze and the thinking of the observer remains caught by the infinite series of motifs, often aniconic, capable of attracting the gaze, which follows its weaves, remaining caught there: one goes into an abstract dimension and precisely for this one that is profoundly spiritual. The aesthetic enjoyment of the articulation of design and colours obviously contributes to this.